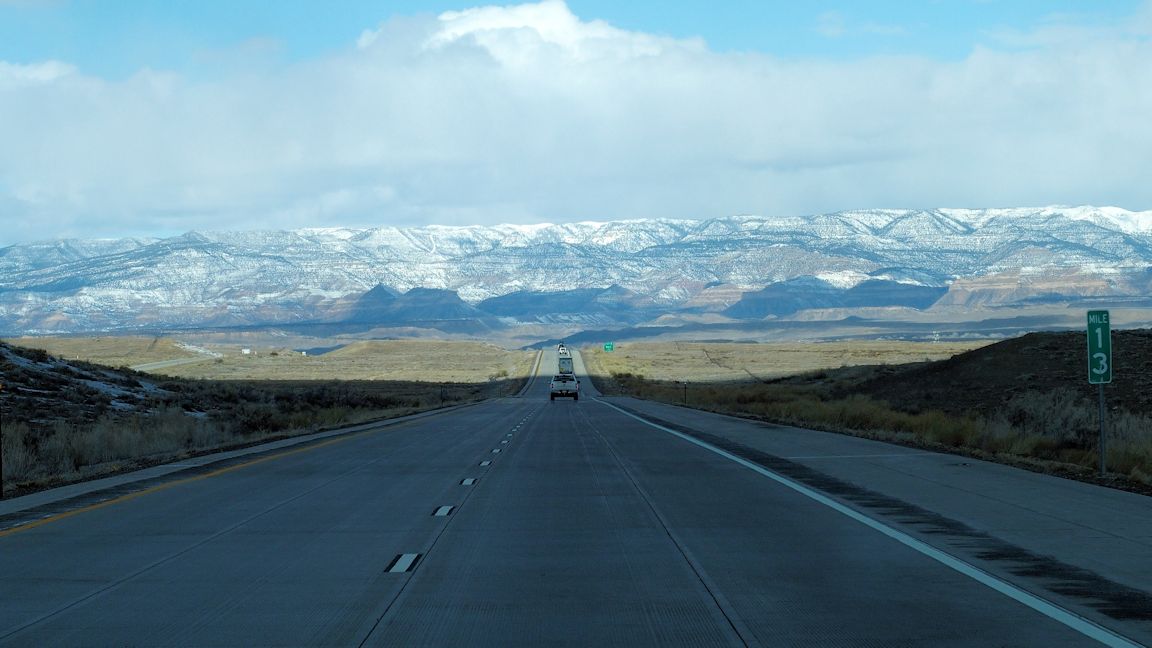 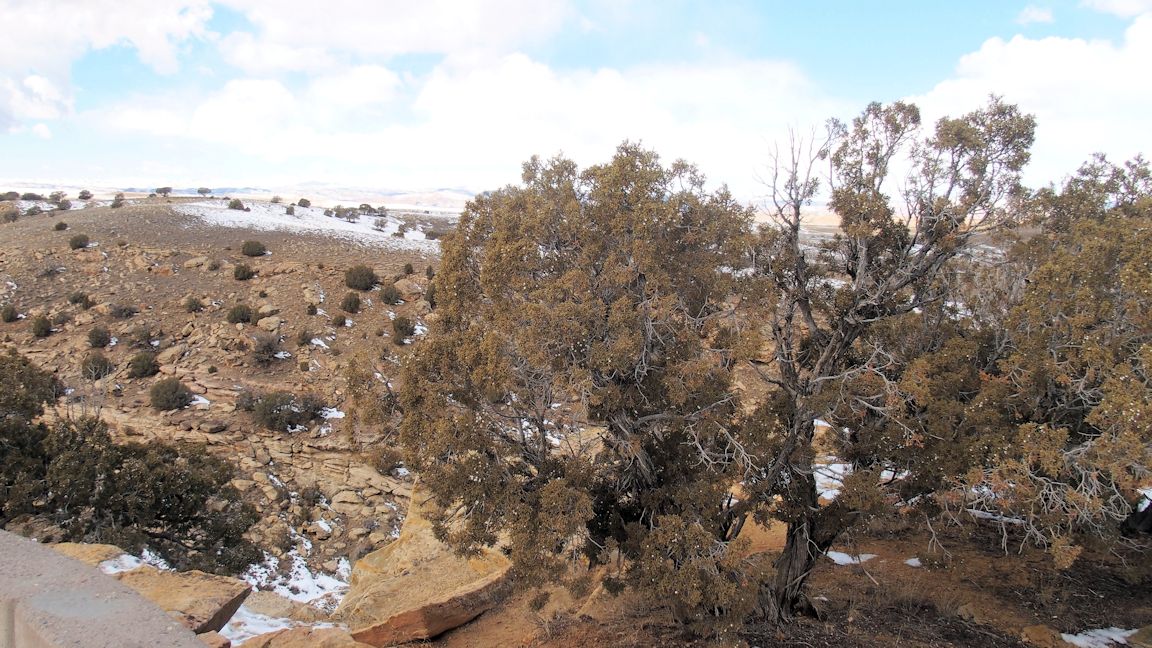 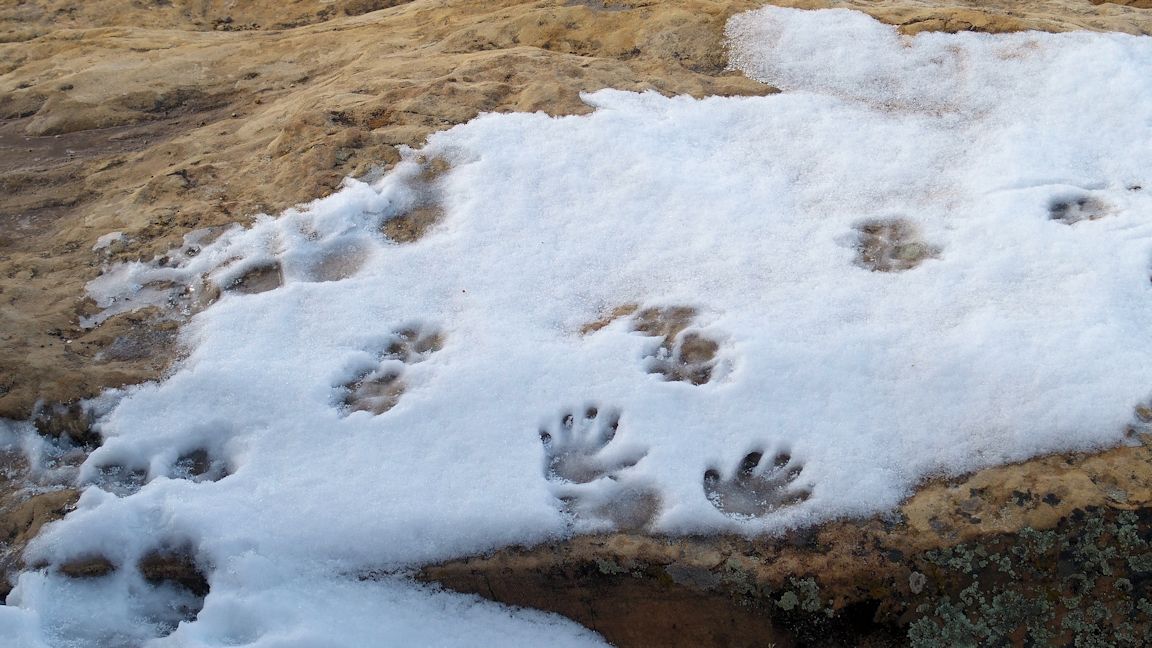 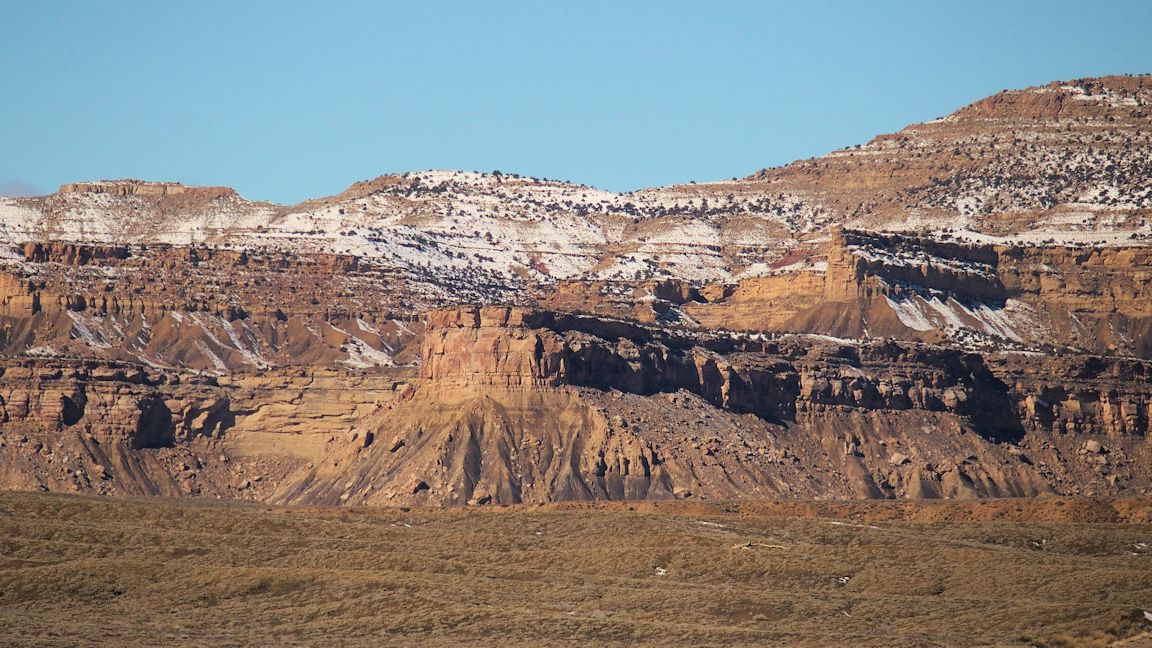 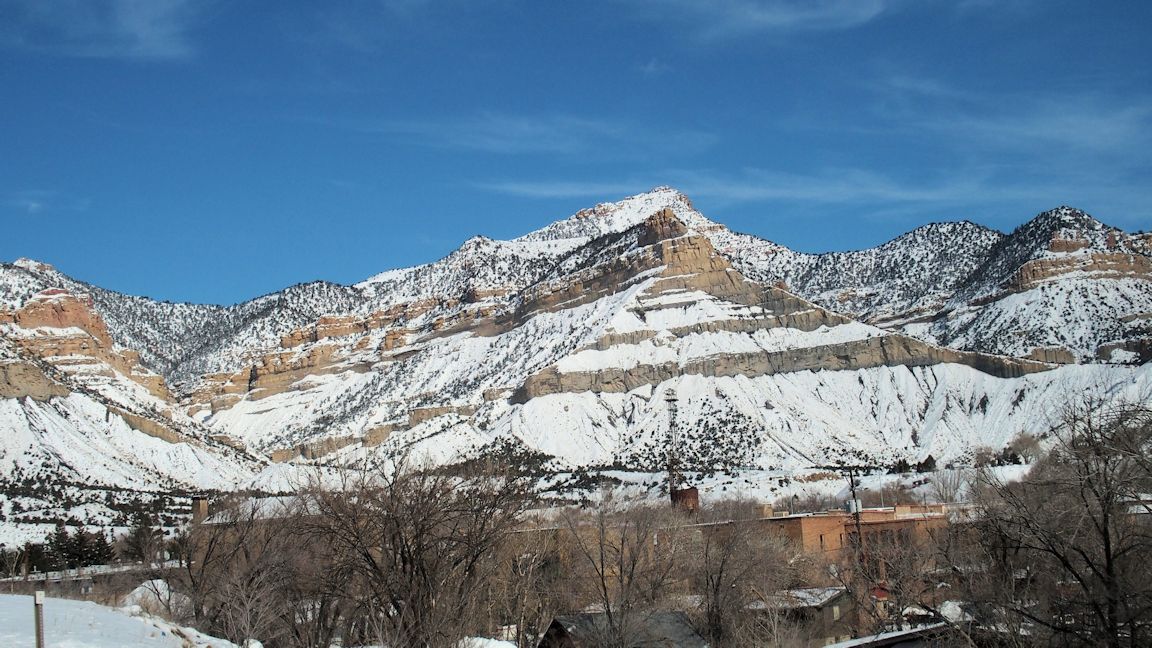 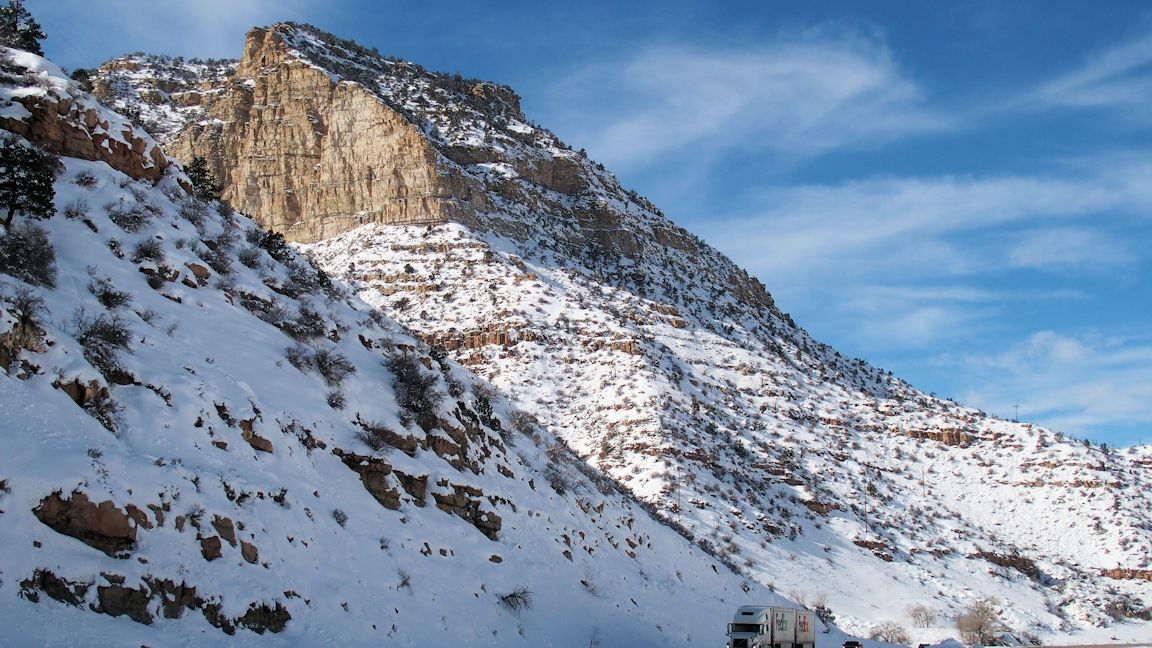 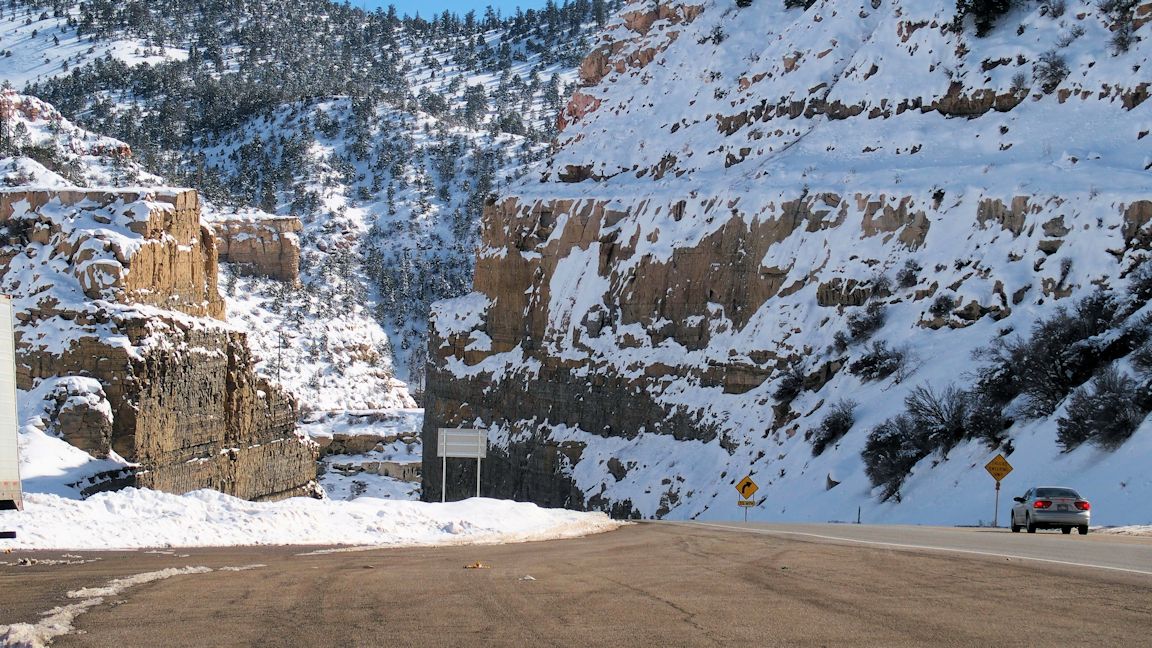 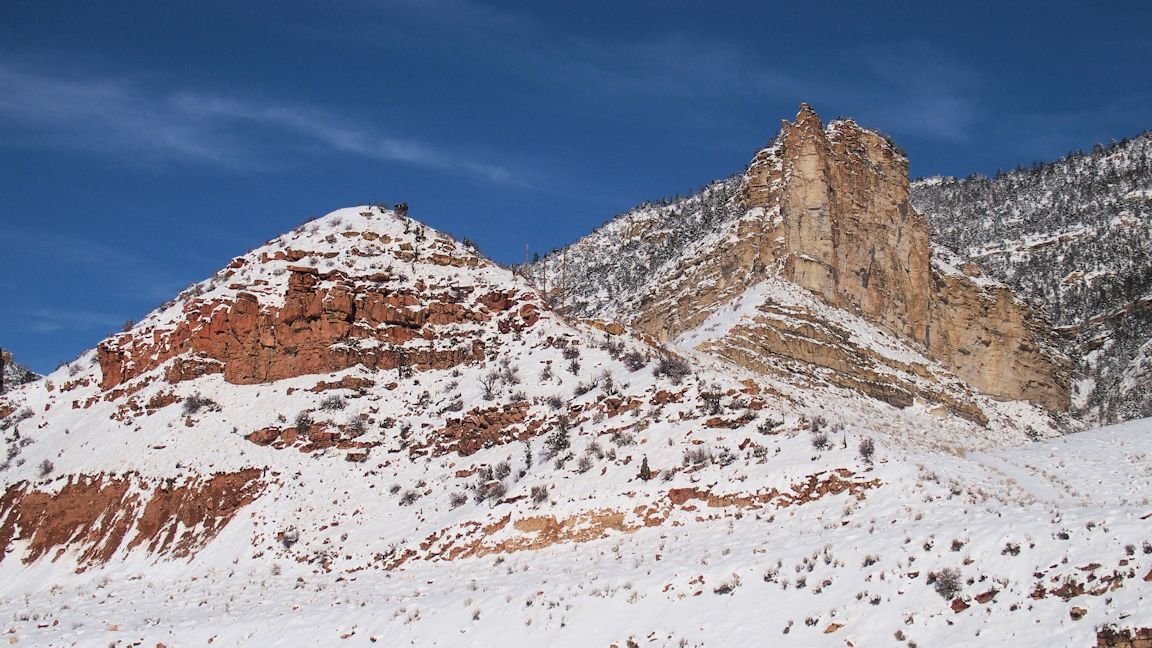 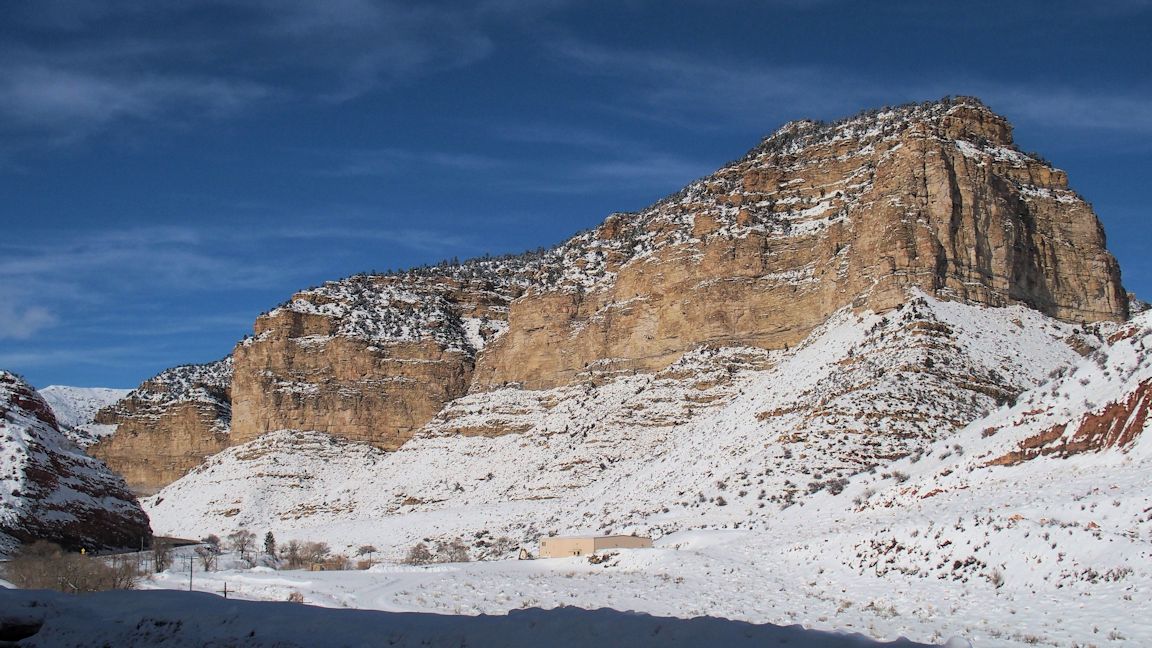 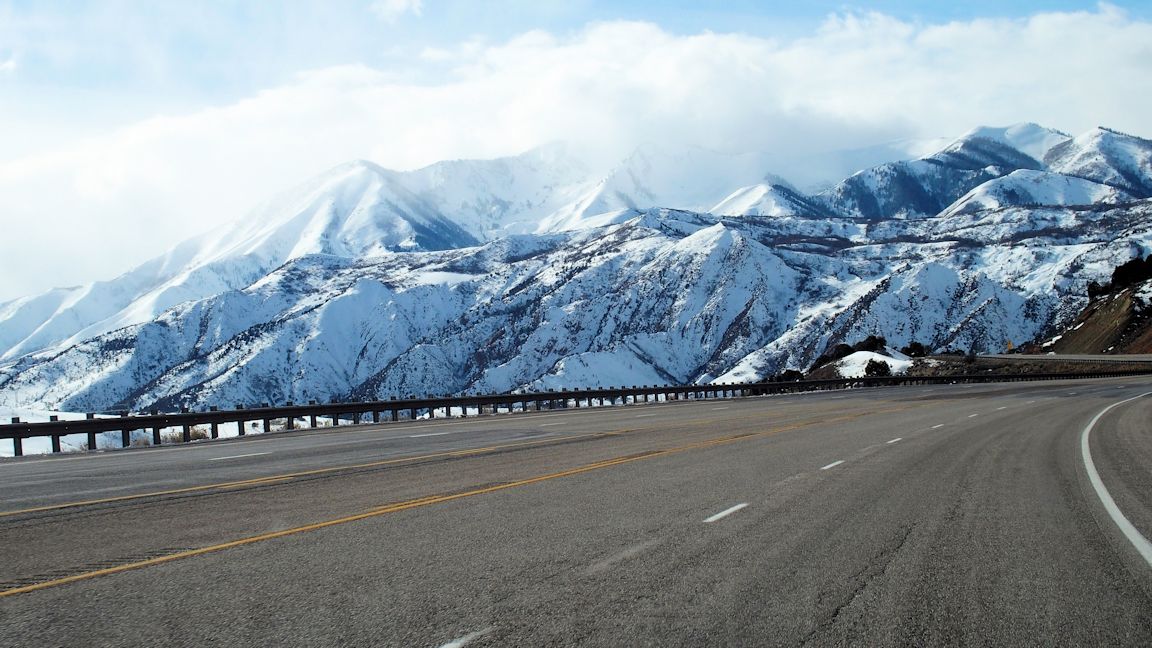 About an inch of snow outside the motel this morning, but for the first time in about 2 months I took zero notice of snow reports, forecasts, weather reports or any such.  A nice relaxed start with a drive across town to the local REI – just in case they had any bargains – then on the road again.  Great day for a drive, but found myself having to take quite a few breaks just to stay awake.  Green River looked no more interesting in daylight than it had in the dark.

But once you turn on to Hwy 6 it gradually gets more interesting until you get to Helper.  In brilliant sunshine and with a refreshed coating of snow, the drive up Price Canyon was truly spectacular.  A few snow showers as I approached the Wasatch and even with a few more quick retail therapy stops I was at the motel well before dark for a change.  Perched almost underneath the freeway it was nice and cheap – but it showed!  They seemed to have run out of towels – a task I would have listed as close to impossible for even the most basic of US motels.  And when the microwave I had to specially ask for started sparking as I tried to heat dinner I just reflected on the money I had saved!